Why the push to decriminalize psychedelics is growing in Michigan

Almost every April since 1972, the Hash Bash has been held on the Diag of the University of Michigan campus, a free speech event and smoke-in to promote the legalization of marijuana. The first Hash Bash took advantage of an unexpected moment when a Michigan Supreme Court ruling declared the law prohibiting marijuana unconstitutional, and supporters of activist John Sinclair, who was serving 10 years for two joints, celebrated while it was legal.

READ MORE: Why psychedelic drugs are having a medical renaissance

Ann Arbor’s first EntheoFest, also a commemoration of the city’s 2020 resolution to decriminalize entheogenic plants and fungi, was not an opportunity to experiment with psychedelics publicly, as its name might suggest. It featured three and a half hours of speeches from elected officials, community leaders, activists, artists, therapists, healers, musicians, martial artists, and a tent full of researchers — who talked much more about history, health, and research than they did about “trips.”

“Maintaining our personal relationship with entheogenic plants [and] fungi is a human right,” Julie Barron, Co-Director of Decriminalize Nature Michigan, told the PBS NewsHour. “Humans have had these relationships for millennia. Current research is now catching up.” 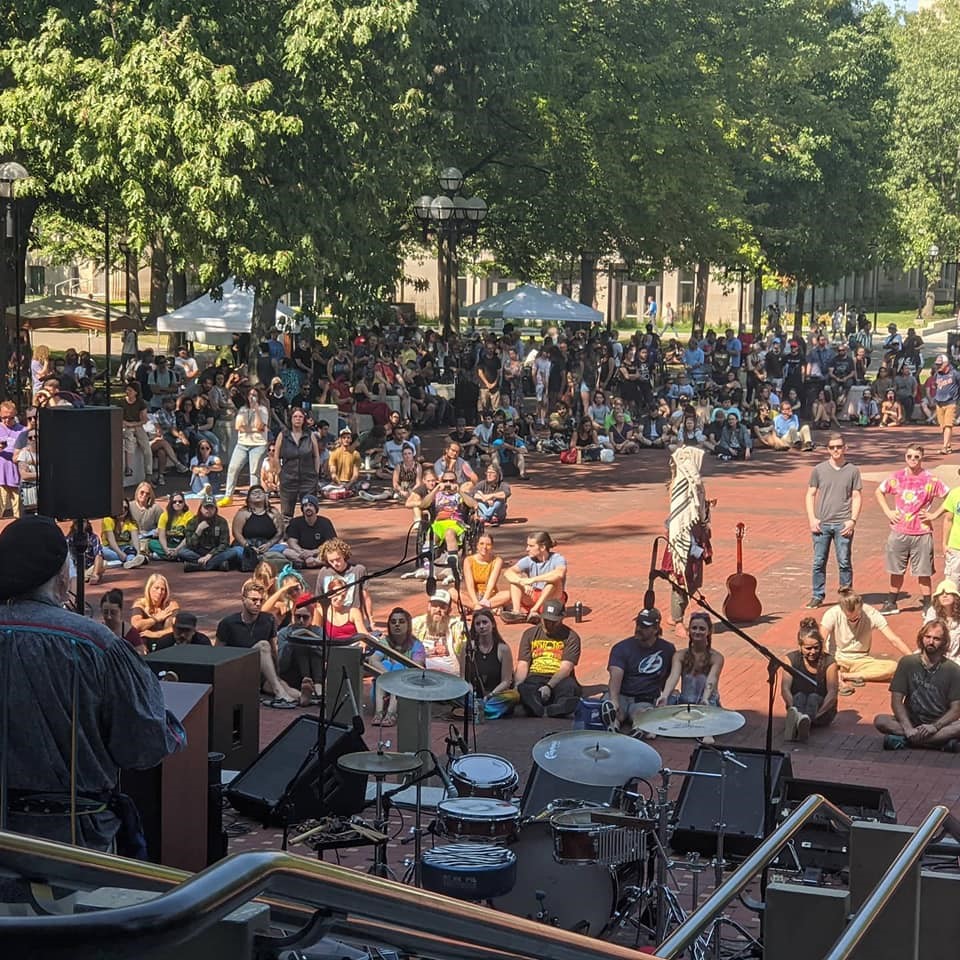 Much like the wave of marijuana decriminalization that has swept the country in recent years, a growing number of cities and states are considering similar resolutions involving psychedelic substances. In this way, the event was not only an opportunity for people to share how entheogenic plants and fungi have helped them, but also to advocate for decriminalization and legalization, organizers said.

While entheogenic plants and fungi remain illegal at the federal level, some state and local governments have been decriminalizing them in various forms in the last several years. This means that they are still illegal, but they are often ranked the lowest of police and prosecutor priorities.

In November 2020, Oregon voters passed ballot measure 110, which made personal non-commercial possession of a controlled substance no more than a Class E violation (a maximum fine of $100). In 2021, Rhode Island passed a bill that authorized a pilot program to create “harm reduction centers” where people may safely consume controlled substances under the supervision of health care professionals. New Jersey passed a bill earlier this year to decriminalize possession of under 1 ounce of psilocybin mushrooms. And several local governments, including Ann Arbor, have decriminalized the use of entheogenic plants and fungi including the cities of Oakland, Santa Cruz, and Arcata in California; Northampton, Somerville, and Cambridge in Massachusetts; and Denver, Seattle and Washington, D.C. A similar bill was introduced to the Michigan legislature this fall.

WATCH MORE: Could Oregon’s decision to decriminalize hard drugs provide a model for the country?

On Election Day, a citizen’s initiative in Detroit will be on the ballot. Known as Proposal E, it would decriminalize the use of entheogenic plants and fungi, including ayahuasca from South America, ibogaine from Africa, peyote and mescaline from certain cacti, and psilocybin from certain mushrooms with vision-producing capabilities.

Opposition to such measures tends to cite fears that loosening penalties will lead to increased drug use and crime among the public. But recent studies suggest that ibogaine can reduce opioid withdrawal symptoms, psilocybin can relieve major depression, psilocybin can decrease depression and anxiety in patients with life-threatening cancer. MDMA combined with psychological counselling, other research shows, can give marked relief to patients with post-traumatic stress disorder. The FDA has given psilocybin the designation of breakthrough therapy which can accelerate the process of drug development and review. Esketamine has been approved by the FDA for treatment-resistant depression.

While many voters across the country are skeptical about these substances’ medicinal applications, a Hill-HarrisX poll released June 1 found that 35 percent of registered voters polled think that psychedelic substances such as “magic mushrooms” do have medical uses. That percentage goes up among younger voters aged 18 to 34 (53 percent) and 35 to 49 (41 percent). 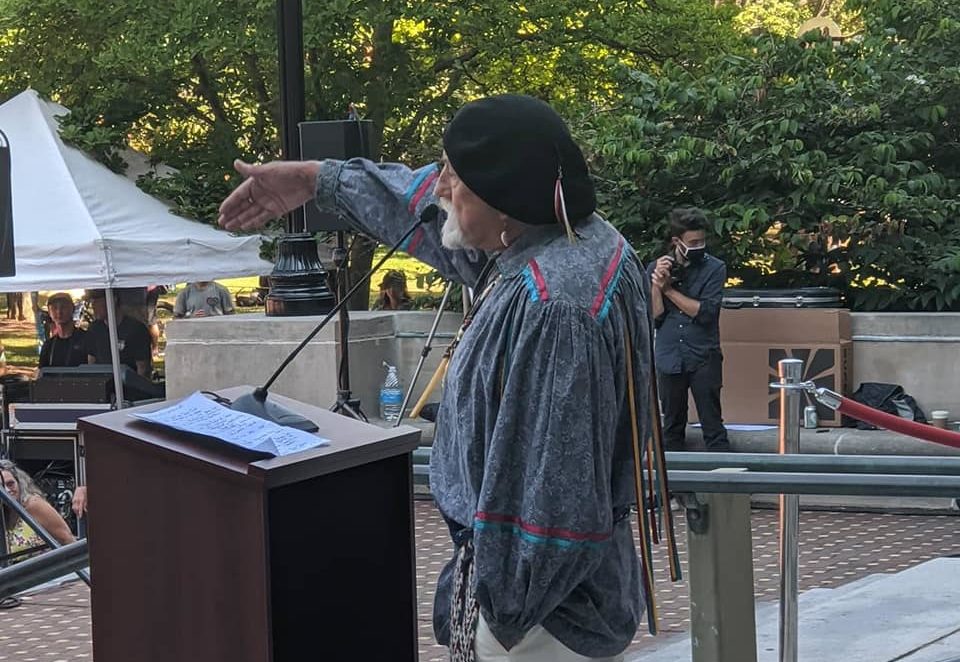 Ayana Iye of KI Network spoke about how 22 years of taking plant medicine has helped her as a senior citizen deal with the stresses and fears involved with getting older and losing a loved one, and how she especially wanted to make it available to more senior citizens.

Kat Ebert, a board member of Students for Sensible Drug Policy, said that after struggling with depression, anxiety, PTSD, and substance abuse issues, working with psychedelics helped her begin healing from abuse by former U.S. gymnastics team doctor Larry Nassar when she was a teen.

“Plant medicine saved my life,” said Barry Richardson, a veteran of the U.S. Coast Guard with trauma and PTSD from his military service. “I no longer needed pharmaceuticals. I no longer wanted to die. I wanted to live.”

There have not been any organized groups speaking out against Decriminalize Nature Michigan advocacy, Barron said. 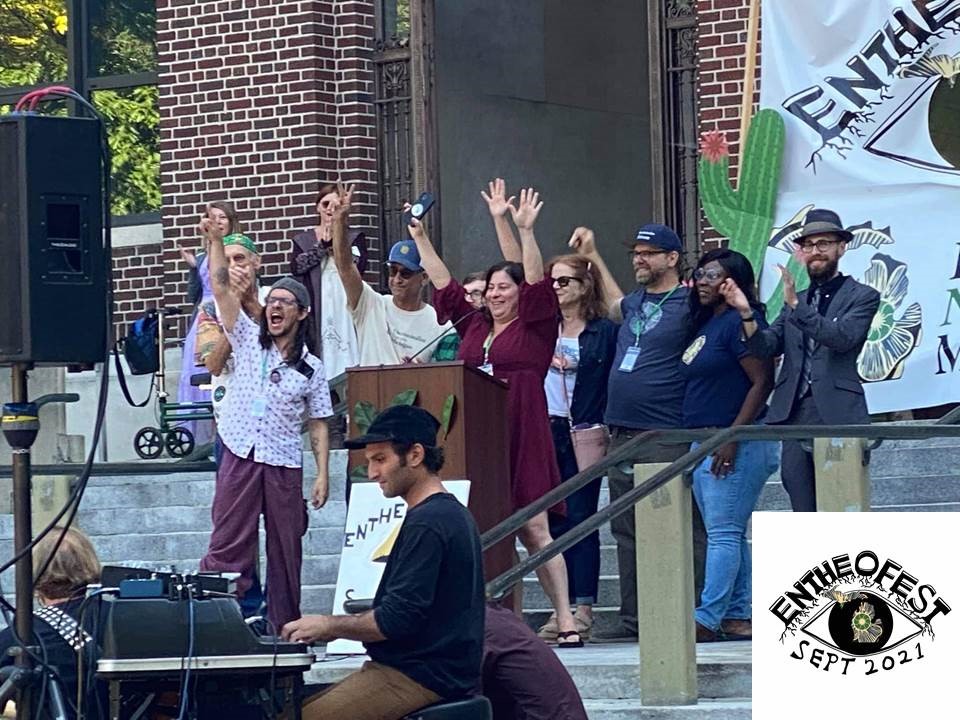 The word “entheogen” was coined in 1979 by Professors Carl A.P. Ruck and Daniel Staples of Boston University as an alternative to the more commonly used “hallucinogen” and “psychedelic,” both of which have negative connotations. It refers to psychoactive substances derived from plants or fungi that are used in religious, spiritual, or ritualistic contexts, including culturally sanctioned visionary experiences in ritual or religious contexts, shamanic and ecstatic possession, and other spiritual experiences.

These entheogenic plants and fungi are currently classified as Schedule 1 drugs by the United States Drug Enforcement Agency (DEA) along with marijuana, LSD, heroin, and cocaine. The DEA has a five level classification level; Schedule 1 are considered drugs with no medical value and the highest potential for addiction and abuse. Substances like cough syrup with the lowest potential for addiction and abuse are classified as Schedule 5.

Possession, non-commercial use, and cultivation of entheogenic plants and fungi, as well as marijuana or cannabis, were unregulated and legal until President Richard Nixon’s “war on drugs” in 1971, a program long alleged as a strategy to disrupt and incarcerate anti-war activists and Black communities that resulted in the mass incarceration of millions of Black and brown Americans. Lots of promising research had begun in the 1960s to study the medicinal value of these plants and fungi for the treatment of depression, pain, and addiction, but once these plants and fungi were made illegal, much of that research ended – until recently.

“The ‘War on Drugs’ is a complete failure and continuing to focus law enforcement resources on people using these substances responsibly just doesn’t make sense,” Michigan State Sen. Jeff Irwin, a Democrat from Washtenaw County, told the NewsHour. “Because entheogens are relatively safe substances that are not prone to addiction or abuse, combined with their historical use in medicine and religion makes these substances especially good candidates for decriminalization.”

The Detroit proposal comes when many states and cities have decriminalized or legalized the medical or recreational use of marijuana or cannabis, and are now beginning to do the same with entheogenic plants or fungi.

“Right now, there are people in Michigan who get relief from depression, PTSD, or migraines by using entheogenic substances,” Irwin said. “These people shouldn’t have to choose between breaking the law and using the safest, most effective medicine available to them. Entheogenic substances have medicinal value, have a long history of religious significance, and have a low likelihood of harm or abuse.”

In September 2020, in a unanimous decision, Ann Arbor’s City Council passed legislation to decriminalize the possession, non-commercial use, and cultivation of entheogenic plants and fungi. The Ann Arbor Police Department said the issue was already a low priority for them, so it was not really changing much. Shortly thereafter, the Washtenaw County Prosecutor’s Office issued a policy directive that would make prosecution of people for possession, non-commercial use, or cultivation of entheogenic plants and fungi its lowest priority. 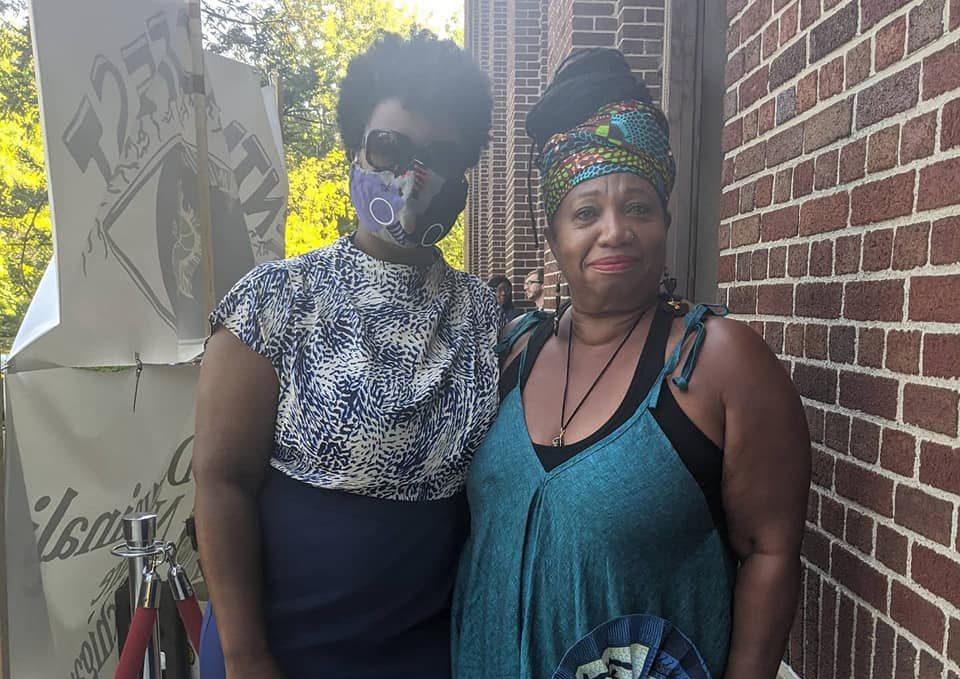 In September 2021, Irwin and fellow state senator Adam Hollier of Detroit introduced Senate Bill SB631 to decriminalize the manufacture, possession, delivery, and use of entheogenic plants statewide. Commercial production and sale would still be prohibited. The bill has been introduced and referred to the Judiciary and Public Safety Committee.

Along with the ongoing research, Irwin said, “decriminalizing these substances will also save our state money on not having to enforce outdated laws and prosecute people who are trying alternatives to pharmaceutical drugs or exploring spirituality.”

Ideally, they say, these local and state level efforts would work together to move the country towards legalization.

“Proposal E would be a citizens initiative which is something you routinely saw in the legalization of marijuana process. This really changes the dynamic at the state level,” Hollier said. “It helps to bring away some of the stigma. It helps to move people from things that we know are more dangerous. It starts us to have the conversation about legalization as people begin to have understanding and awareness, and research begins to happen. It is the process that marijuana took. It took a decade or so. But it’s just generally the path that works.”

An important part of the decriminalization bill before the Michigan senate allows the use of entheogenic plants and fungi for research. Hollier said not fully understanding how these plants and fungi work is a huge problem, one furthered by the fact that “ it’s not legal for folks to do the research.”

Opening up research “really creates a number of opportunities to figure out what the dangers are, what the appropriate limits are, and how it should be dealt with,” he added.

At the national level, U.S. Rep. Alexandria Ocazio-Cortez, D-N.Y., has twice introduced an amendment to allow federal research on the therapeutic potential of Schedule 1 drugs including cannabis, psilocybin, ibogaine, and MDMA. Although it did not pass, it failed by a much smaller margin the second time, perhaps signaling shifting sentiments.

A handful of research centers focusing on psychedelics research are housed at Ann Arbor’s University of Michigan, Johns Hopkins University in Baltimore, the University of California at Berkeley, Multidisciplinary Association for Psychedelic Studies (MAPS), and others.
Dr. George Mashour, an anesthesiologist and neuroscientist, founded the Michigan Psychedelic Collaborative at the University of MIchigan “to help advance rigorous and responsible research that spans from foundational studies of psychedelic drug mechanism to human clinical trials,” he said. “Ultimately, we want to understand these unique tools better so that they can better serve patients in need.”

“The scientific and medical community is finding that psychedelic drugs, often in combination with therapy, can be beneficial across various psychiatric and neurologic diseases. Depression, post-traumatic stress disorder, and chronic pain are just a few areas of current focus,” Mashour added. “The science on psychedelics is exploding.”

A key area of research examines whether a person needs to have a psychedelic experience to benefit from a psychedelic drug. “In other words, is the therapeutic effect coming from a particular molecular event, for example, binding to a certain receptor in a certain brain cell type, or is the therapeutic effect coming from a particular subjective event?” Mashour asks. “If it is a purely pharmacologic effect, there might be ways to create drugs that have a therapeutic benefit without psychoactive consequences. If it is a purely experiential effect, there might be other non-pharmacologic pathways to achieving the same benefit. I suspect that it is a combination of the two but this is a critically important and foundational area of research.”

Mashour does caution that there is great promise in the research into the modulation of consciousness by psychedelic drugs, but there is also great baggage. “It is important to recognize that, while we need to learn from the past, the current era of psychedelic research is well regulated and scientifically rigorous.”

“We should view this research in the same way that we do for other drug classes or disease states — we should neither stigmatize psychedelic research, nor should we romanticize it,” he said.