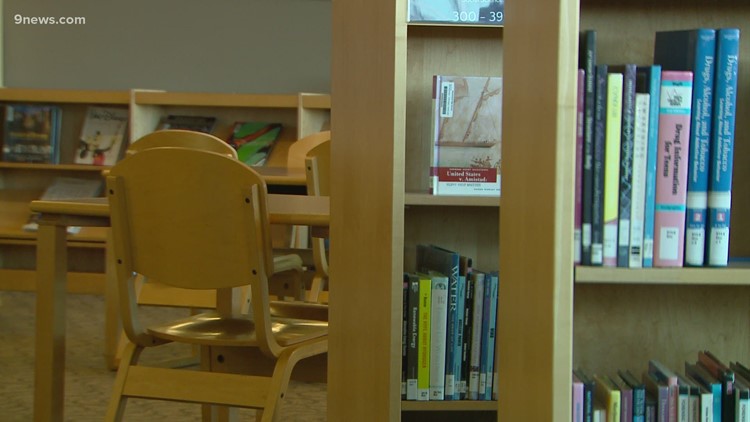 The district said it could not make accommodations without risking in-person learning for students.

WESTMINSTER, Colo. — A federal lawsuit has been filed against Westminster Public Schools (WPS) on behalf of a staff member who said he’s been placed on unpaid leave after failing to meet the deadline to receive a COVID-19 vaccine despite having a religious exemption.

WPS had a deadline of Oct. 15 in place for all staff members to be vaccinated or have an exemption, and about 97% complied with that policy, according to district spokesperson Steve Saunders. He said as of Oct. 18, 26 staff members were placed on unpaid leave, which would run through the end of the school year before the situation is reevaluated.

The lawsuit was filed Tuesday on behalf of longtime teacher Benjamin Helgeson. It says that in addition to the unpaid leave, he’s also barred from having contact or communications with any WPS student or staff members without approval from human resources.

The directive threatens termination for those who fail to comply, that lawsuit says, and that has caused “distress” because Helgeson’s spouse is also a district staff member and he “cannot refrain from contact or communications with his spouse.”

A separate motion was filed asking for an injunction preventing the district from enforcing that communication ban, arguing it’s unconstitutional and a violation of free speech rights.

Saunders confirmed that those placed on leave are indeed barred from those communications.

He said, however, that’s standard procedure any time an employee is placed on unpaid leave and is not specific to vaccination status.

The lawsuit says Helgeson’s exemption was granted on Sept. 27 and that he met with human resources on Oct. 7 to discuss accommodations. It was during that meeting, the lawsuit says, Helgeson was told an accommodation could not be provided without the district incurring “undue hardship.”

Once approved, the district needed to make accommodations for those staff members. Saunders said three to four people were provided things like alternative schedules where they would have little to no contact with students.

He said, however, that was more challenging for teaching positions, and said the district was focused on keeping in-person learning intact.

The lawsuit seeks nominal and compensatory damages, including for emotional upset, stress and anxiety, and attorney fees.

“WPS is reviewing the lawsuit and denies any wrong doing,” the district said in a statement Tuesday. “All decisions were made to support the health and safety of the WPS community and to ensure the continuation of ‘in person’ learning with as few disruptions as possible.”