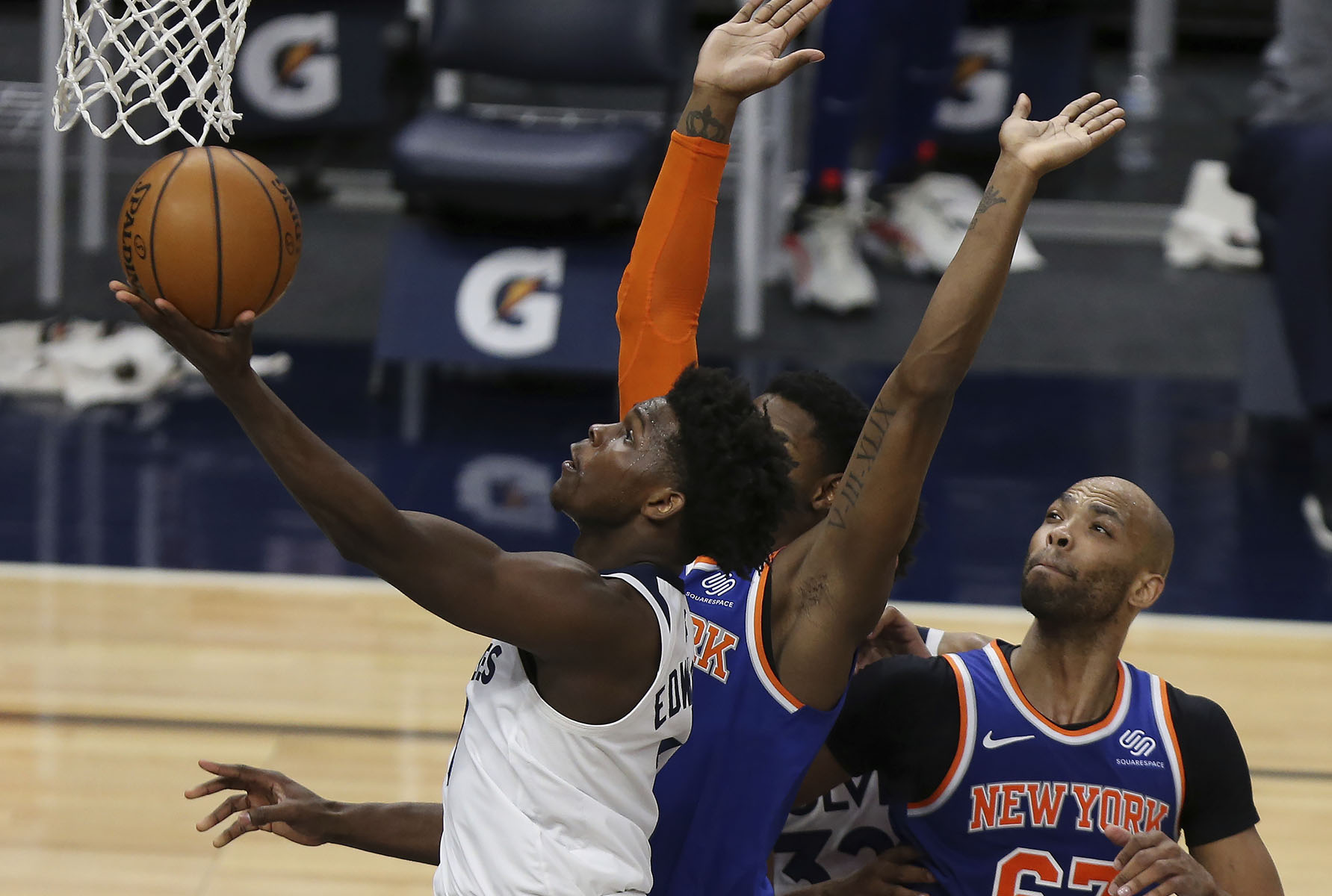 Timberwolves rookie swingman Anthony Edwards, hero of the Timberwolves’ 102-101 comeback victory over the Knicks Wednesday, gloated afterward they were thrilled RJ Barrett was the one taking the final shot.

Off the inbounds, Barrett missed short on a stepback 19-footer over a contesting Karl Anthony Towns with two seconds left to preserve the win.

And Edwards, No. 1 pick in the 2020 draft out of Georgia, said Barrett, the third pick in the 2019 draft, was the guy the Timberwolves wanted to decide the game.

“We told Jaden [McDaniels] try not let Randle catch the ball, we’re going to make someone else beat us,” Edwards said on the Wolves television broadcast after the game. “Gladly RJ caught it and if he made the shot, we would’ve lived with it. Because that’s who we wanted taking the shot. We didn’t want anyone else taking it.”

Edwards finished with 26 points after a big fourth quarter during which he blew past Barrett for a late layup.

Knicks coach Tom Thibodeau said he would have to look at the film but Barrett’s’ job was to make the right read and had three options. It appeared rookie Immanuel Quickley was open on the right wing.

— Mark Hale contributed to this report