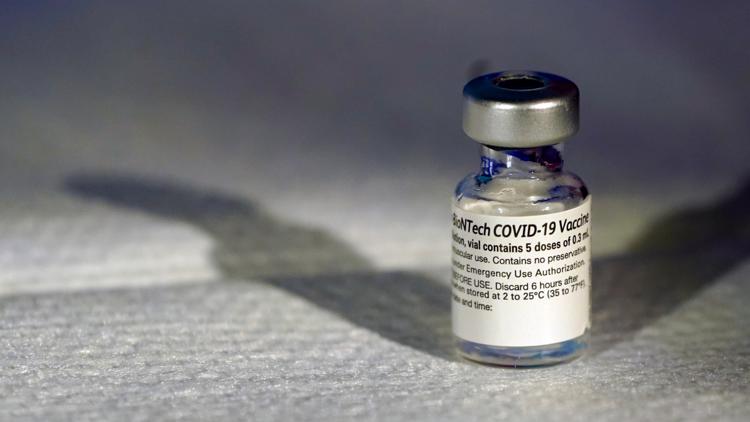 Pfizer could request, as soon as this week, authorization for its COVID-19 booster shot to be expanded to Americans 18 and older.

Pfizer could seek authorization as soon as this week to expand use of its COVID-19 vaccine booster to all U.S. adults, the Washington Post and CNN reported Monday. It would bring the U.S. closer to a prediction by President Joe Biden in August that all adults would have access to a booster.

Booster shots are currently authorized in the U.S. at least six months after the second Pfizer or Moderna shot, according to the CDC. That’s limited to those 65 and older; those 50-64 with underlying health conditions; and those 18 or older who live in long-term care settings, have underlying health conditions or work or live in high-risk settings. Those over 18 who received a Johnson & Johnson vaccine should get a booster at least two months after their original dose, the CDC said.

The CDC authorized mix-and-match booster shots last month, meaning the vaccinated person does not need to get the same vaccine they originally received.

Although new cases and deaths from COVID-19 have been dropping, there has been concern about how effective vaccines remain several months after full immunization. A peer-reviewed study from Israel of more than 4,800 health care workers, published in the New England Journal of Medicine last month, found immune response “substantially decreased” six months after the second dose of the Pfizer vaccine. It was particularly noticeable in men, people 65 and older and those with immunosuppression.

Pfizer announced last month that data from its Phase 3 trial of more than 10,000 people found the booster had a 95.6% efficacy rate. Pfizer said there were only five cases of COVID-19 in the booster group vs. 109 cases in the group of individuals who received a placebo — those who did not get the booster.

The number of new COVID-19 cases in the U.S. from nearly 1.15 million for the first week of September to roughly 500,000 per week over each of the past three weeks, according to Johns Hopkins University.

The number of deaths in the week ending Sunday was 8,063, the lowest it’s been in 12 weeks — but still resulting in an average of more than 1,000 deaths per day. That’s roughly the same number of COVID-19 deaths the U.S. saw this time last year at the start of the winter surge. The difference last time, however, was there was not a vaccine available.