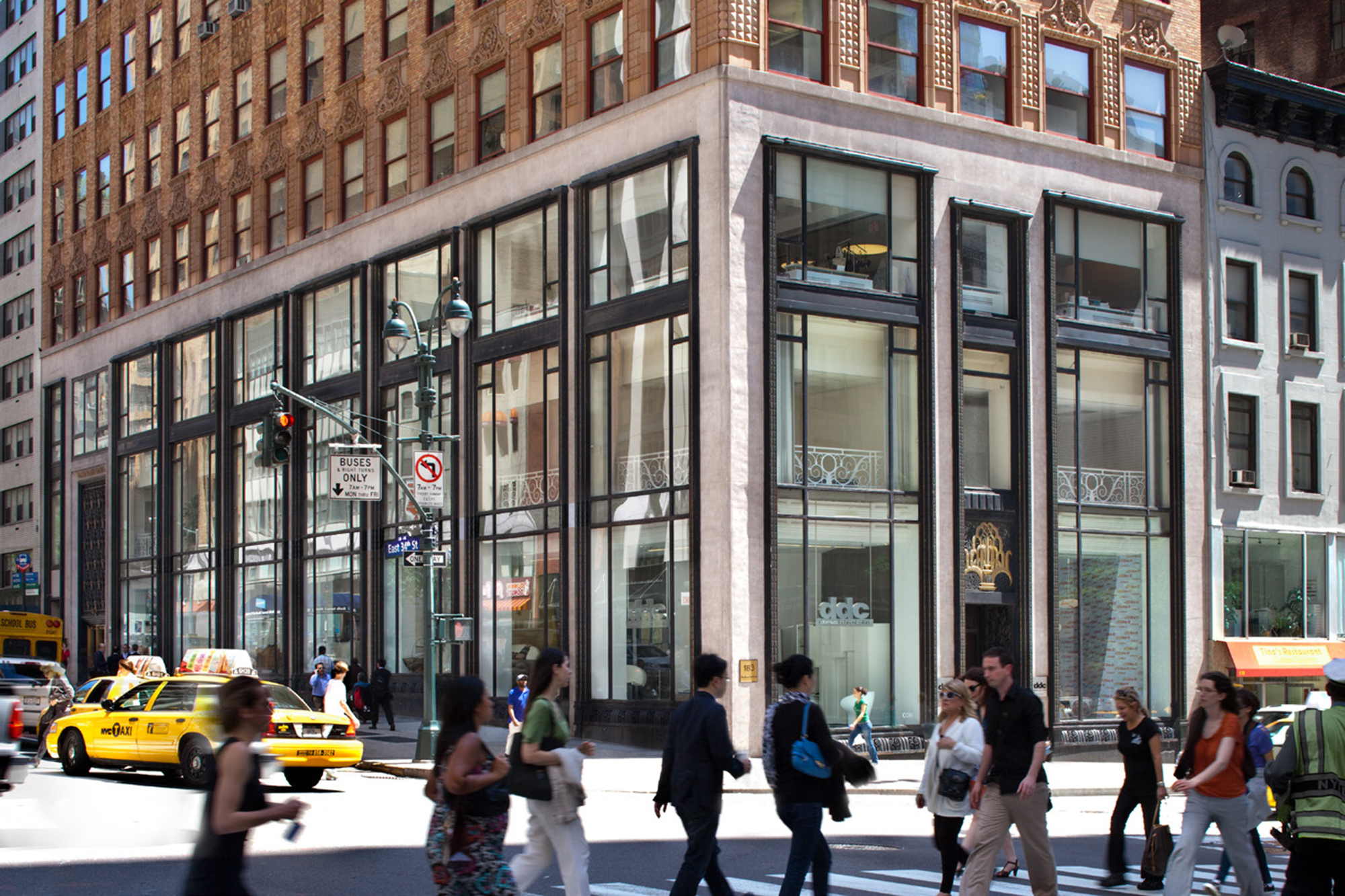 The brand will leave Soho and join other contemporary furniture designers in the district along Madison Avenue with a three-level spot at the northeast corner of East 34th Street.

The modern flagship retail space at 181 Madison Ave. has soaring ceilings and 169 feet of wraparound frontage. It was previously the home of the DDC — aka Domus Design Center which has relocated a few blocks south to 134 Madison.

Poltrona Frau’s new store will have 8,000-square-feet on the ground floor, a 2,000-square-foot mezzanine and another 11,000 square feet in the lower level.

Andrew Kahn, Chris Stanton, Fanny Fan and Jack Pfalzgraf of Cushman & Wakefield represented both sides of the deal. According to C&W, asking rents for prime corners in this submarket range from $175 to $250 per square foot.

“The Nomad Design District has evolved into the best luxury furniture district in the city,” said Kahn. “We are thrilled to welcome Poltrona Frau to this highly sought-after market as they open one of the biggest showrooms in the area. Poltrona Frau’s legacy as one of the most well-known luxury furniture designers in the world makes them a perfect fit for the neighborhood.”

Poltrona Frau has had a showroom in Soho at 145 Wooster St. (temporarily at No. 151) and will be closing there for good when it opens in Nomad.

The Italian furniture house was founded in Turin in 1912 by Renzo Frau and in 1926 became the suppliers for the royal family. Now headquartered in Tolentino, Poltrona Frau is known for the fit and feel of its leather and for creating seating in autos, airplanes, yachts and railways around the globe.

Poltrona Frau became one of Haworth’s portfolio of brands in 2014.

In 2020, it collaborated to furnish a model penthouse apartment at Renzo Piano’s first residential project in New York at 565 Broome St.

APF Properties purchased the landmarked Madison-Belmont Building at 183 Madison near the height of the market in September 2018 for $222.5 million.

The 1925-era masonry office building was designed by Grand Central architects, Warren & Wetmore. It now stands at 19 stories and 272,020 square feet after a penthouse was added in 1953.

At the time it was constructed, the area was known as the Silk Stocking District for its silk merchants and the Cheney Silk Company became the anchor tenant for developer Robert M. Catts. The Art Deco doors and framing around the original showroom windows were created by renowned metalworker Edgar Brandt.

The mini-cluster of furniture stores that brokers call the Contemporary Furniture District runs along Madison Avenue  from Blue Dot at East 28th Street to Roche Bobois at East 35th Street with firms like B&B Italia and BoConcept occupying the sometimes enormous retail spaces and livening the streetscape.