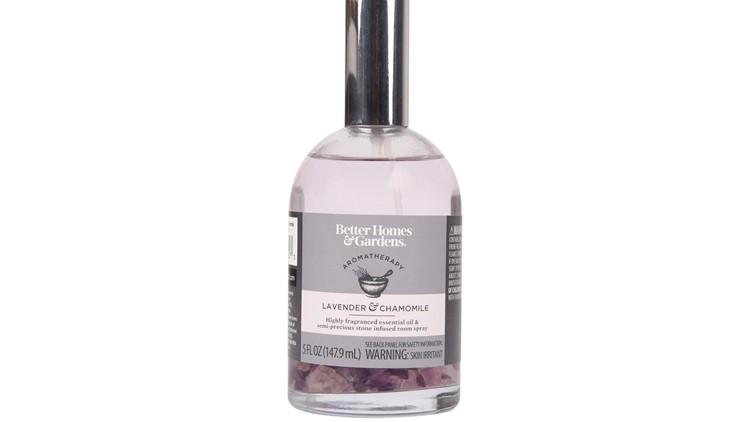 Walmart recalled the aromatherapy spray after U.S. health officials determined it was linked to 4 cases of a rare tropical disease that led to 2 deaths.

WASHINGTON — The Centers for Disease Control and Prevention has confirmed a dangerous bacteria found in a now-recalled aromatherapy spray sold at Walmart stores genetically matches the bacterial strains found in patients in the United States.

Walmart took the product — called Better Homes & Gardens Lavender & Chamomile Essential Oil Infused Aromatherapy Room Spray with Gemstones — off the shelves last week, after it was found that four people in different U.S. states linked to the spray came down with a serious tropical disease, even though none had traveled internationally. The four people were from Georgia, Kansas, Minnesota and Texas. Two of them, one a child in Georgia, died.

On Friday, CDC investigators confirmed the presence of Burkholderia pseudomallei, the bacteria that causes melioidosis in a bottle of the spray that was imported from India. Since then, an additional bottle has tested positive for the bacteria.

On Tuesday, the CDC confirmed the “DNA fingerprint of the bacteria in the spray and in the patients was the same,” the agency said in a press release.

The CDC said this latest step confirms the aromatherapy spray, or one of its ingredients, caused the four melioidosis infections.

“When you think about the thousands of things people come in contact with around their homes, it’s remarkable we were able to identify the source and confirm it in the lab,” Dr. Inger Damon, director of CDC’s Division of High-Consequence Pathogens and Pathology, said in a press release. “CDC scientists and our partners found the proverbial needle in the haystack.”

The CDC is still working to determine if other bottles or even other scents have been contaminated. The agency said it has contacted the manufacturer in India to figure out whether any ingredients from the spray were used in any other products.

The nearly 4,000 recalled bottles were sold through Walmart’s website and in stores in 18 different states. The full list of stores can be found here. Investigators say anyone with bottles of the spray, or other scents in the same product line from Walmart, should stop using it immediately.

Most importantly, the CDC says not to pour the spray down the drain, but rather double bag it and return it to a Walmart store. Walmart is offering consumers a refund and a $20 gift card for its return.

Melioidosis is rare in the United States, with about 12 cases reported annually. People can get infected through direct contact with contaminated soil and water. The CDC said the infection is treatable, if caught early and treated correctly.

More information about the recall can be found on the CDC’s website.