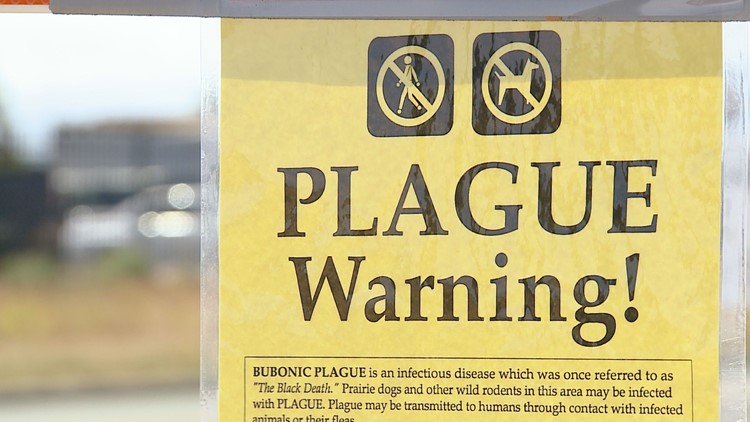 The health department said “it is normal and expected for some animals to contract plague in Jefferson County each year.”

The health department said this is the first case of plague confirmed in the county this year. The cat is suspected to have been infected by an encounter with a sick rodent, possibly a rat.

“While plague is a serious disease, and cases of animal-borne disease in household pets is never something we like to see, it is normal and expected for some animals to contract plague in Jefferson County each year,” Jim Rada, director of Environmental Health Services at Jefferson County Public Health, said in a release. “The good news is that modern antibiotics are effective against plague, and as long as it is treated promptly, severe complications, illness or death can be avoided.”

> The video above is from 2019: UCHealth expert talks plague after outbreak in prairie dogs in Commerce City

Plague is an infectious disease caused by the bacteria Yersinia pestis. It can be contracted by humans and pets if proper precautions are not taken.

Humans and pets may be infected with plague through bites from infected fleas, by the cough from an infected animal or by direct contact with blood or tissues of infected animals, such as through a bite.

The health department said symptoms of plague in people may include sudden onset of high fever, chills, headache, nausea and extreme pain and swelling of lymph nodes, occurring two to seven days after exposure.

Plague can be effectively treated with antibiotics when diagnosed early, according to the health department. Anyone experiencing these symptoms should consult a doctor.

The health department recommends the following precautions to protect yourself and your pets from plague:

In July, the Colorado Department of Public Health and Environment said plague had been confirmed this year in La Plata, San Miguel, El Paso, Boulder, Huerfano and Adams counties. A 10-year-old child died of plague in La Plata County in July.